Zadar Bike Magic is a mobile application for professional and recreational cyclists. With Zadar Bike Magic, you can experience Zadar Region as a high-quality cycling destination with 86 standardized trails in the total length of 3000 km. The app highlights all the treasures that Zadar nature has to offer.

The most important feature is using maps in offline mode. Considering that the cyclists often go to remote places where there’s limited access to the internet, having access to a map offline is something of great importance for users.

There are multiple sorting capabilities for routes. They can be sorted based on their length, difficulty, or distance from the user.

Secondary features are meant to help users find accommodation and interesting places in the Zadar region.

The standard, and the easiest way, for navigation, is to use Google Maps. However, Google Maps can’t be used in offline mode, and not being able to access maps without the internet would decrease the value and usability of our app, so we had to find an alternative. We decided to use a less popular library for maps, MapBox, which is a great alternative since it has all the features like Google Maps plus the ability to work in offline mode. Implementing the non-standard library in our app was quite a challenge, but the Shoutem extension model handled it without an issue.

The app was focused on increasing the brand awareness of our company and on promoting the Zadar region as a tourist destination. As a result of developing Zadar Bike Magic, we’ve created an app that enables individuals to discover the beautiful cycling tracks in Zadar County and improved the overall tourist experience in Zadar. Also, we got referrals which brought us some new business opportunities. Happy clients are always the best commercial!

Here you can find the official website for the Zadar Bike Magic. You can find the links for downloading the app and all the necessary information about the app. Still, we believe that investing in the paid promotion along before the touristic season is the necessary next step. Also, including some information about the app in the promotional materials for the tourists in Grad Zadar, would be a good idea.

We would recommend investing in the promotion of the app. Every person interested in cycling, whether it’s professional or recreational, would benefit from this app. We believe that many people in the Zadar region are still not aware of this great tool that’s available for them.

It would be great to have the next phase of development with the app, where we would implement some new ideas and knowledge that we’ve acquired since the app was launched. This would definitely advance and improve the app. Shoutem released some new features which proved very useful so it would enrich the app experience.

When we started developing our app, Shoutem was still in the development stage (beta version). It was challenging for our developers to adjust and change the app in coordination with changes on the Shoutem platform. However, after a year, maintaining the app was much easier since Shoutem stabilized and fully developed. Overall, Shoutem is a great platform since they are keeping up with all the trends in the ICT industry. Also, the first app we ever made was built in Shoutem!

Thinking about creating your own sports app? Contact our Support Team or use our premade template to build your own Sports App!

After a few years of initial boom of the apps, the app market is entering the new phase of its lifecycle. 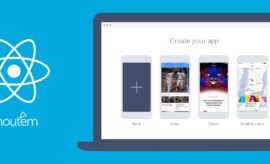 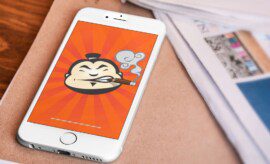