The road from an idea to its realization is long and paved with numerous difficulties. Nevertheless, with a little luck, a good idea will often pay off, especially if we’re talking about some kind of technological innovation. After all, we’re living in a high-tech, interactive, mobile era. Here are some examples of good and essentially simple ideas that happened to appear at the right time and as a result attracted – money. Lots of money…

More and more information and less and less time – surely you’d agree that that’s one of the main features of modern life. Nick D’Aloisio must have been thinking along those same lines when he was developing the technology for summarizing texts for smartphones. What was initially called Trimit later got the new name Summly, an application that automatically condenses internet contents into comprehensible and informative summaries, making their consumption easier and faster? Summly attracted a lot of attention in the technological and investing circles and was finally sold to Yahoo this year for a reported $30 million. However, we’ve yet to come to the most interesting part of the whole story. Namely, the newly-made millionaire Nick D’Aloisio wasn’t even 18 yet! Can you remember yourself at that age?

We believe that this was an idea that went live before its time. At 2015. we didn’t have an information overload as we have it today, and Summly would be a top-notch app for distinguishing the right information before fake news.

How would you feel about your digital activities giving you something tangible? Let’s say you’re using an application for running, and after a certain number of miles, you get a free bottle of a beverage, the same one that’s being advertised in the application? Kiip, a company founded in 2010, has developed an innovative platform to connect advertisers and mobile phone users, who are awarded palpably for accomplishing tasks and goals set out in their applications and cell phone games. Kiip has attracted more than $15 million in investment capital, and the highly-reputed magazine Fast Company has recently included it on the list of the 50 most innovative companies in the world.

Kiip is now active on about 4,000 apps played on 150 million devices, and apps using Kiip are games and fitness apps such as RunKeeper. The company has also integrated with productivity apps, such as Any.do and Finish 2.0. The company’s platform integrates real-world rewards to mobile users.

Later on, Kiip was acquired by NinthDecimal in 2019.

Dag Kittlaus is a Norwegian who started a company with several colleagues in order to focus on developing a project initially based in the California research institute SRI International. Their idea seemed like something out of an SF movie – they wanted to create a virtual assistant for mobile devices that would recognize the user’s voice and answer their questions. A few years later, the story got the attention of Steve Jobs and his Apple, which allegedly offered around $200 million to buy the new technology. From here on the story is pretty much well-known: when the iPhone 4S appeared on the market, everyone was writing about something called Siri. Kittlaus and his colleagues became millionaires and Siri a crucial component of the future models of the iPhone.

Today, Siri is famous. There is no single person using a smartphone that doesn’t know about Siri (except for my dad, he knows how to use only a few apps). Not only she can answer your questions, but she can perform tasks for you – “Hey Siri, call Mom on speaker”, “Text Donna ‘I’m on the way exclamation point’”, “Sent a reminder for a gym tomorrow at 6 PM” are all the tasks she will do for you. If you told me about that just 10 years ago, I would laugh and ask what movie was that. Amazing, right?

Games are big business, that’s old news. Yet, the money isn’t just in those complex videogames that take years and huge investments to be developed by teams of programmers. Take Draw Something, for example, a simple social drawing and word-guessing game, launched by OMGPOP a few years ago. Draw Something started a craze on Facebook and among Android users, attracting the attention of the famous Zynga, known for games like Farmville, which offered the head of OMGPOP, Dan Porter, an offer he couldn’t refuse – $183 million. However, this story also has a dark side. Known for making rash business decisions, Zynga has recently decided to shut down the purchased company. The popular Draw Something, which has in the meantime also been turned into a physical board game, was spared.

Later on, in 2021, Draw Something is one of the most popular social drawing and guessing game in the App Store with over 7 billion drawings created! Another successful story in here!

Thrillist was an online service and members-only club for men based on newsletters that offer information about places to go out, restaurants, shopping malls, shopping discounts, etc. But among other things, it also enables the advertisers to target users in specific cities. This fairly simple concept has turned Ben Lerer and Adam Rich, the duo behind it, into millionaires. In October 2016, Thrillist merged with internet brands The Dodo, NowThis News, and Seeker to form the digital media holding company Group Nine Media.  In the meantime, Thrillist has turned into an online media website covering food, drink, travel and entertainment.

In European countries, it is quite common to buy a prepaid cell phone with no contract with a mobile network operator. On certain other markets, such as the American one, however, that is not a very common practice; a fact that has resulted in another simple, yet genius business idea. Namely, two friends, Junaid Shams and Ahmed Khattak, started an online shop called GSM Nation, which sells prepaid, no-contract cell phones. An idea originating from the Yale campus has today turned into an international business that has in the three years since its foundation generated an income in excess of $100 million. Later on, GSM Nation has been recognized in Entrepreneur and Forbes magazine.

Unfortunately, the story did not end well, but at that time it was a hit!

As most gadgets belong to mobile technology these days, a great problem has surfaced – battery life longevity. That’s where the startup company from Texas, Ambiq Micro, comes in. Feeling out the needs of the market extensively, it has started producing advanced chips that drastically extend the life of batteries in different mobile devices such as smartwatches, medical devices, sensors, smart cards, etc. A group of investment funds put up $10 million into Ambiq Micro a few years ago.

Today, Ambiq is committed to further improve the quality of people’s life by enabling the intelligence of endpoints while further reducing carbon footprints. In 2016., 1 millionth Apollo chip was sold into wearables, smart homes, and other endpoint applications and that was the begging of rapid development. Last year, in 2020, 100 millionths SPOT-based product was sold and Ambiq’s Apollo4 is launched along with a new Endpoint AI SoC and solution. Also, they won the Best of Show for Most Innovative AI Applications from FMS 2020.

An Estonian company launched in 2007 was one of the first to recognize the potential of mobile payment, building a system that would enable the developers to monetize their applications, or in other words, integrate them with the option of paying or shopping. What separates Fortumo from other such companies is that instead of the USA or Europe, it focused more intensely on developing countries, which has resulted in huge expansion and lead to connecting merchants to a network of more than 300 telcos and digital wallets in Asia, Europe, Latin America, the Middle East and Africa.

In July 2020, the company was acquired by Boku, Inc. for $45 million. This idea was also ahead of its time, but this one survived and today we all use our digital wallets. Wow, right?

The Israeli startup Waze (formerly FreeMap Israel) has developed a popular little program that uses the cell phone’s satellite navigation in order to give the user information about the state of traffic in real-time. What sets Waze apart is its social component, that is, the fact that it also gathers information from other users who might be reporting on accidents, traffic jams, police barricades, etc. In other words, the more people use it, the more detailed and current traffic information is. Waze was acquired by the mighty Google in June 2013, which paid up more than a billion dollars for it to the Israeli company.

How can your idea make millions?

Few month ago I heard an expression that goes like this: “The Most Dangerous Thing in the World is an Idea” and it means that once the idea is born in a mans head, there is no turning back – it will be there and evolve until its ready to be born.

A few days ago, Mate Rimac, Croatian innovator, entrepreneur, and founder of the Croatian electric hypercar company Rimac Automobili said he is working on developing urban mobility ecosystem with autonomous electric cars for Zagreb. Some think this is unreasonable deadline, some think this is just too much, but the thing is – the most important thing to make something work is to care.

The same is with your idea. Some can think it is stupid, some will find it unreasonable, some will glorify it. In the end, it’s all about if you believe in it. Give us a quick call and tell us about your dream mobile app. Let’s make it happen together.

App maker When designing a new version of our app maker, we thought about ways in which we can get closer to our customers, how to make it easier for them to create mobile apps, and bring the tech world a bit closer to them. Shoutem v5 app maker at a glance What could be 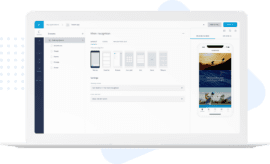 Usually, when you ask people about what mobile app they use the most, you’ll find that answers gravitate towards social network apps, chat apps, or even fitness apps. However, there are some really weird mobile games (and apps) out there that beg the questions: who on earth installs this kind of thing and why?! 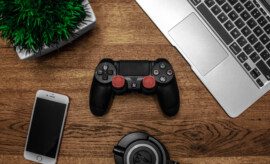 Making an Android mobile app from scratch isn’t easy, especially if you don’t use a mobile app builder. There is lots to do. First, you need to prepare all your ideas for your mobile app: its name, visual feel, content, and any other details you may need. Then, after lots of revisions and iterations, after 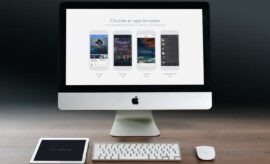