The cannabis business has been at the center of attention recently as more and more states legalized cannabis. Since legalization in 2014, Colorado’s regulated cannabis industry sales have reached about $6 billion. According to current trends, sales might reach $47 billion by 2027. Today, recreational marijuana is legal in 11 states, while medical cannabis is available in 33 states. Up until last month, Apple’s Store policies did not allow any sort of cannabis app or advertising but that suddenly changed with the newest policy regulations. Weeks after the changes in regulations, the first app to offer cannabis delivery has been launched on the App Store.

On June 7th, the App Store changed its policies regarding several topics. The biggest change concerning cannabis was the loosening of strict restrictions on in-app sales from licensed and legal pharmacies and cannabis dispensaries where cannabis is legal. Even after the removal of the ban, some restrictions still exist.

The App Store still pays attention to geo-restrictions to jurisdictions where cannabis is legal. The program must be “submitted by a legal entity that provides the services and not by an individual developer.”

“Apps that encourage consumption of tobacco and vape products, illegal drugs, or excessive amounts of alcohol are not permitted on the App Store. Apps that encourage minors to consume any of these substances will be rejected. Facilitating the sale of controlled substances (except for licensed pharmacies), marijuana, or tobacco is not allowed.”

The new policy, updated on June 7th is somewhat different:

“Apps that encourage consumption of tobacco and vape products, illegal drugs, or excessive amounts of alcohol are not permitted on the App Store. Apps that encourage minors to consume any of these substances will be rejected. Facilitating the sale of controlled substances (except for licensed pharmacies and licensed or otherwise legal cannabis dispensaries), or tobacco is not allowed.”

According to a Gallup poll, in 1955 only 25% of the people supported broad-based legalization. On the other hand, in 2018 that number spiked to 66%. Despite that, not everyone feels the same way about pot legalization and the promotion of the cannabis business.

Another platform that continues the ban of the commercial advertising of cannabis and its products is Facebook. Facebook possesses the technology that can identify marijuana images and immediately ban them.

They banned educational sites such as Marijuana Moment or the state government agency Massachusetts Cannabis Control Commission. In 2019, some cannabis educational sites sued Facebook for censorship and suppression of information regarding the safe and legal use of marijuana.

The First Cannabis App in the App Store

After these changes, not even two weeks later, we already got the first cannabis-delivery app in the App Store. Even though it has existed since 2013, Eaze, the first app that can facilitate the purchase and delivery of cannabis in the United States, became massively popular overnight. Eaze has over 2 million registered customers and delivers joints, vapes, edibles, concentrates, and other marijuana products to consumers. Loyalty programs in such apps can significantly boost revenue and increase customer retention.

To use the app, one needs to register and submit an ID for verification. Only those over 21 years of age can use the app. The transactions and payments are easy to do over the app. Other possibilities include on-demand delivery, issuing receipts, and order tracking all across California.

After this app, many more apps have been submitted.

If you are thinking of creating an app for your cannabis business, Shoutem Pro is the best option for you. We already built apps for dispensaries, so we know all the perks and details that can make your app stand out from the rest.

Our mobile experts will create the app strategy, build an app in our mobile app builder and take care of the publishing in the App Store. Our support team will back you up during the whole process, but also after the app has been published. By using Shoutem v5, we guarantee high quality and the best results.

If you want to skyrocket your cannabis business, schedule a free consultation with our experts for more information.

It only takes one call to start your business expansion. 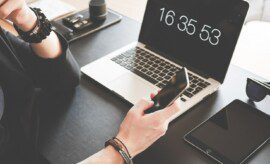 It is not easy to handle the competition in the Google Play Store. Hundreds of similar apps are out there battling for the spotlight. If you’re wondering is there any way to get your app at the top of the page, there are some good app store optimization strategies you can utilize to harvest the 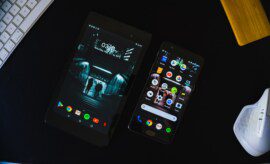 Building a mobile app from scratch can be overwhelming, especially if you are doing it for the first time. You may be wondering how to start building a mobile app, will it be as you imagined and how much time do you need for all the making.  There are lots to do. First, you need to 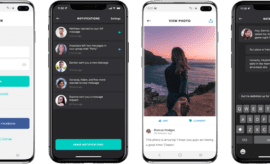