If you have opened your Twitter account just to promote yourself, your services or your company, you’re doing it the wrong way. Twitter is not (only) about marketing! Of course, from time to time you can say something about your company; post a link to a product or service, but doing only that will simply annoy your followers. Worse yet, you’ll have a hard time getting new followers, and people will start un-following you, blocking you or even report you to Twitter as a spammer. There’s an exception to the rule: big companies can do this, because generally people are interested in what they have to say and offer, but for everyone else, it’s a bad idea.

If you are, for example, a web designer, you’re probably reading a lot interesting web design related stuff daily. The rule is simple, but oft forgotten: whenever you find something interesting, share it! Be sure to use any of the URL shortening services (we recommend bit.ly), and shorten the URL. If the content you share is interesting, some of your followers will retweet it. Their followers will see that RT and your name, they’ll check your profile, and if they see that you post some interesting links for them, they’ll follow you. How long does it take to do this? Less than 15 seconds. By sharing interesting news and links you show Twitter community that you care about them. Don’t overdo it, though; link spam is frowned upon, even if you share great links.

Sharing links is fine but it can get monotonous; you’re not a machine, you can and should share your thoughts about almost anything. Show that you are a “person”, say what you think about politics, stars, events… This can start a nice discussion with your followers, which means your name will be shown in your followers’ timeline, which brings you name to more and more Twitter users. And some of them might join the discussion, and start following you. Don’t get offended if somebody disagrees with your thoughts. There will always be somebody who has a different opinion, if your view is different, just learn to accept the fact that not everyone is on the same page. 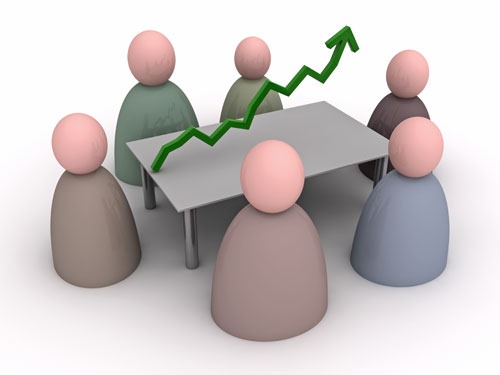 Also, if you see an ongoing discussion, join it! Tell what you think about the subject, use the #hashtags if you see others are doing the same (or you can be the first one using it), so everyone can follow the discussion more easily. If you’re an expert on a particular subject, people will recognize it and be thankful for your participation. Rule for not getting offended also applies.

See who your followers are, visit their profiles and get to know them. Think about what kind of followers you want to have. If you have followers that mostly speak English, that writing in German won’t be such a good idea. If you have German speaking followers, and you want to position yourself as a good web designer who works with clients in Germany, than there is no need to write in English. If your company operates only in Germany, then there is also probably no need to write in English.

Sometimes, you’ll want or need to write in two languages. You have two solutions of this problem. If you, for example, tweet in English most of the time, but sometimes you tweet in your native language, then prefix your tweet with something like [lang=ger] if you are from Germany, or [lang=fr] if you are from France. This will immediately give a signal to your readers who don’t speak your native language that you’ll write in another language and that they can skip that particular tweet.

If you tweet half of the time in English, and half of the time in your native language, than having two Twitter accounts is not such a bad idea. On one account you can tweet only in English and have English speaking audience, on other account you can tweet only in your native language. For example, ShoutEm CEO Viktor Marohnic has two personal Twitter accounts: @vikot where he writes only in English and @vikot_hr where he writes only in Croatian. Another example is Stanislav Prusac, CEO of Polar, who also has two Twitter accounts: @prusac and @stanislavprusac.

Tweetup is a live meeting of Twitter users. Follow some people from your area, ask them if there is going to be a Tweetup somewhere near, or organize one! This way you can meet many other Twitter users, talk to them, and in the end, get more followers.

While there are Twhirl, Twitterific and other great Twitter applications, some of us still prefer Twitter’s standard online interface. We might like it’s design or it’s feature simplicity. Whatever the reason, we might like to have Twitter or any other social network we use open in our browser. The problems start when you end up

Although these days we all prefer to stay within 140 characters, there are exceptions. We’ve compiled a list of six such exceptions in the form of books that will teach you everything you need to know about Twitter and microblogging. All the books are as fresh as the whole microblogging revolution so it’s only a