While the American tech scene and business culture garners a majority of the press, there’s no doubt that the international scene is finally receiving the respect it deserves. The Next Web (TNW), which offers the latest from all areas of the globe, is helping to bridge that gap. ShoutEm was honored when TNW asked us to create their new iPad app, in stores now!

As “one of the world’s largest online publications… With an active, influential audience consisting of more than 5.1 million monthly visits and over 7 million monthly page views,” in addition to hosting the ever-popular TNW Conferences and Labs, The Next Web is a heavy-hitter for everything tech.

TNW for iPad features interviews, features and hands-on reviews from The Next Web’s YouTube channel, including support for full-screen viewing. 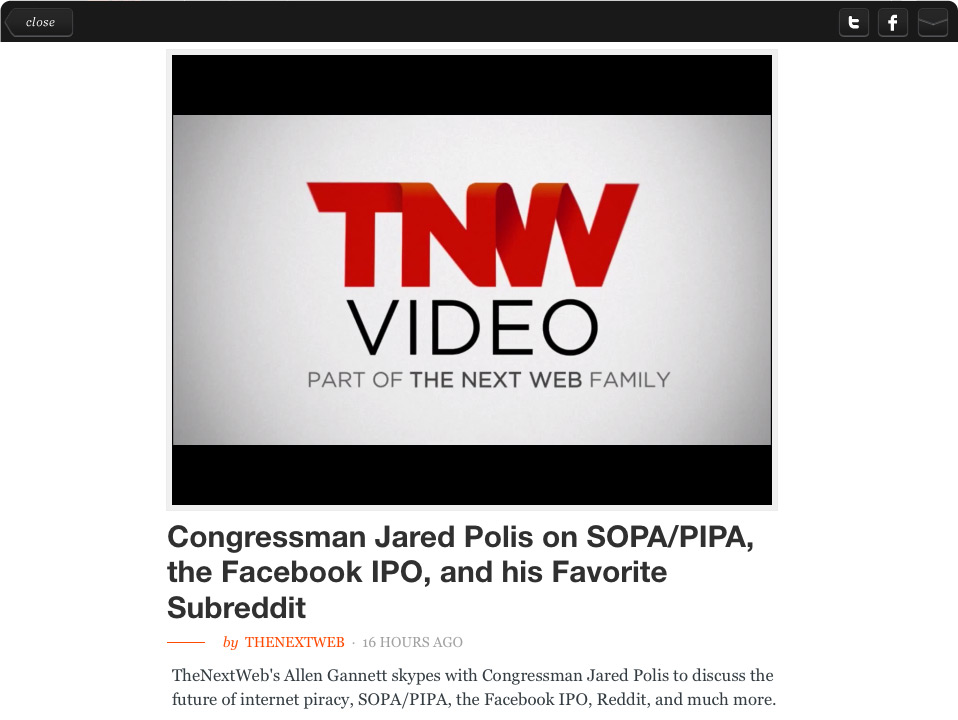 The “Daily Dose”, The Next Web’s podcast, brings you fresh tech news Monday through Friday, which you can listen to with the tap of a finger. TNW for iPad is the first ShoutEm app to feature support for SoundCloud’s embeddable player. 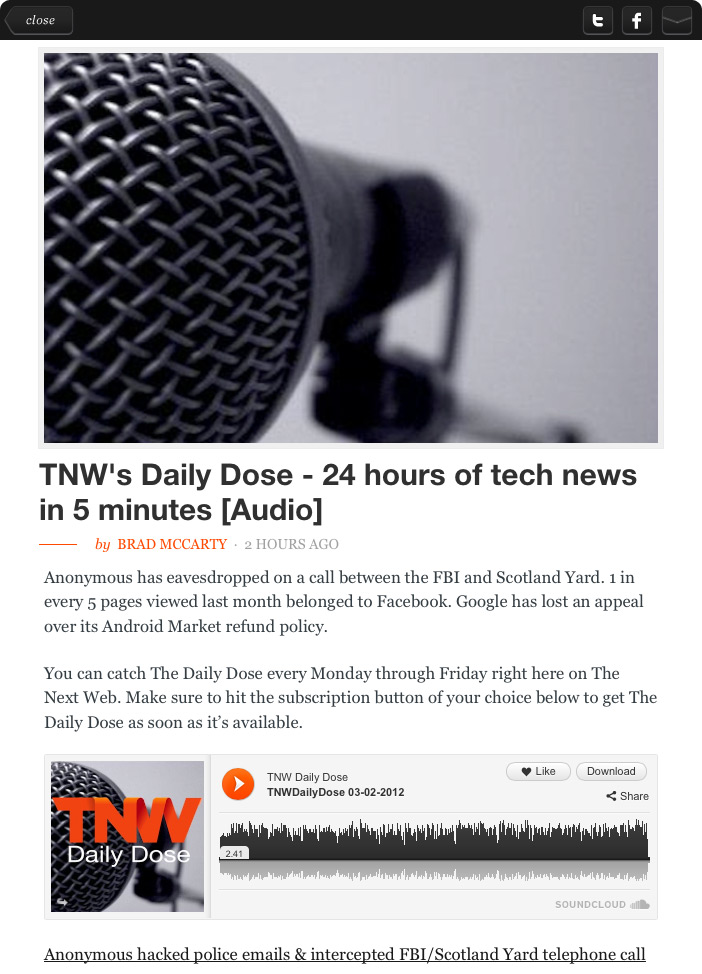 The app also features tech coverage for individual regions, including: Africa, Asia, Europe, India, Latin America, the Middle East, the UK and everywhere in between. 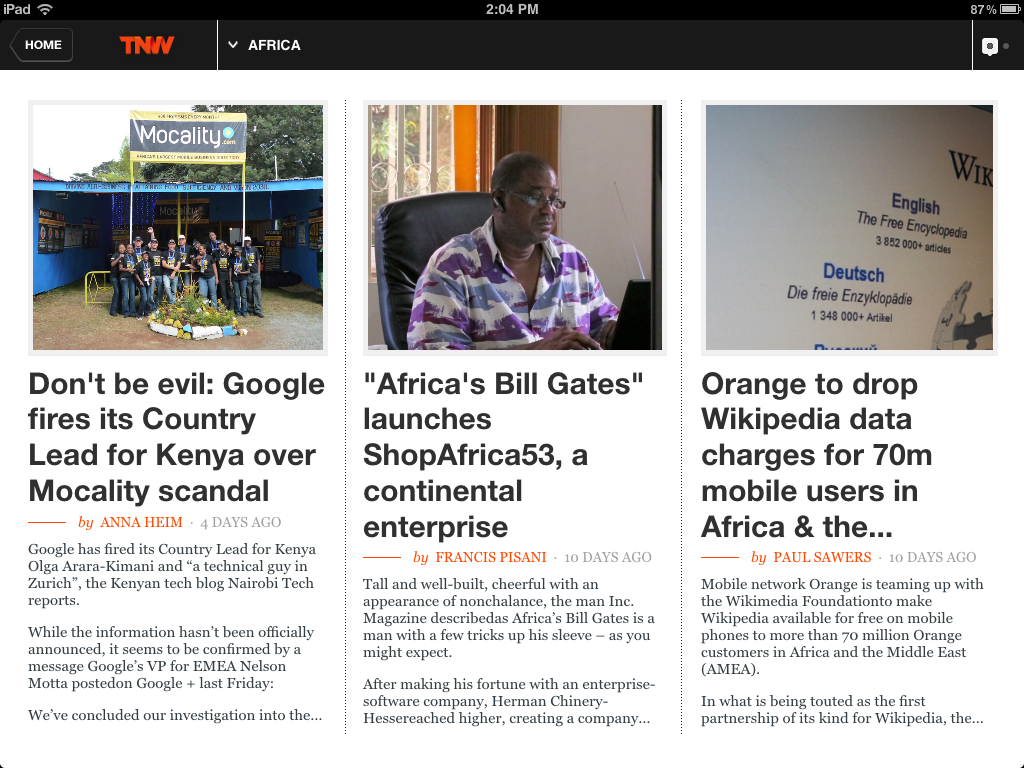 A variety of quality content is one of the most important aspects of any app experience, and TNW for iPad is a great example of what’s to come with ShoutEm’s iPad apps. Although we don’t have a set date for this part of our platform, we’re excited to be a few steps closer each day!

If you’re in the market for a mobile presence, be sure to sign up for ShoutEm. It’s free to build and test!

Some great news. ShoutEm have entered startup competition at LeWeb in Paris. Here is full list. List of judges is also impressive. All together it looks like a good opportunity for us.

Thanks Seedcamp for choosing us this time 🙂

Besides that we will have Demo booth there for two days so everyone will be able to see demo and get familiar with ShoutEm right there. 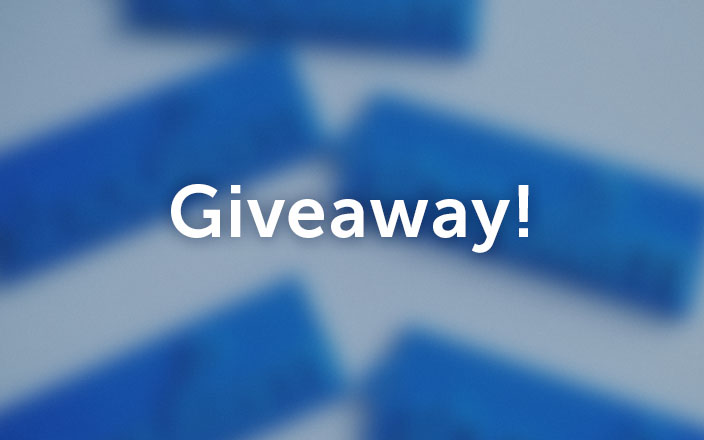