Whether you’re in a bustling city or a lazy beach town, we’re willing to bet you pull out your mobile device on the road to get the lay of the land. Sure, you can rely on general location apps, but how much better is it when the very experts of the city you’re visiting have created a dedicated app to help you out? Downtown Charlevoix is exactly one of those apps.

Nestled in the lakes of upstate Michigan, Charlevoix is a small resort town of only about 3,000 year-round residents. But in the summer, the population swells to nearly 30,000 with the ebb and flow of tourists who come for the incredible waterfront and charming downtown scenery.

Until this year, the City of Charlevoix relied on printed maps and guides to help tourists navigate local attractions. But thanks to some help from the award-winning Pure Michigan campaign, they decided to take Charlevoix digital and mobile in one fell swoop.

Keith Carey, executive director of the downtown development authority, was kind enough to take some time out of his busy summer season to talk to us more about Downtown Charlevoix.

Tell us a little more about your personal history in Charlevoix.
I was born and raised here, but left for southern Michigan to attend college. My wife and I decided to move our family back to Charlevoix in late 2006. I began working for the city as a contract employee, managing the development of a downtown revitalization study. I was hired shortly afterwards to implement the consultant’s recommended action items. I’ve served as the executive director of our downtown development authority since April 2007.

How did the City of Charlevoix decide to move away from print and create an app?
Our community, led by our convention and visitors bureau (CVB), partnered with the award-winning “Pure Michigan” advertising campaign this past spring. Representatives of Pure Michigan suggested we offer a smartphone version of our popular Downtown Charlevoix Shop Directory as a way to support our CVB’s marketing efforts through the campaign.

What was your primary goal in creating the Downtown Charlevoix app?
We wanted to develop a shopping, dining and activity guide for our community. Initially, this app was just going to supplement a printed downtown map and store directory and wayfinding kiosks, but based upon its public reception so far, I expect it will become the flagship tool of our downtown wayfinding efforts.

What have been some of the biggest surprises that you’ve seen since launching the app?
The app will likely allow us to save thousands of dollars annually in printing costs as we transition away from a reliance on our printed directory and maps. This is pretty significant as I work for a local government with limited access to financial resources—I’m required to use tax dollars to fund the project, so anything that helps our budget is wonderful.

Also ShoutEm’s platform allows me to make real-time updates to our business directory and calendar of events. The minute a new retailer or restaurant joins our downtown, any store directories/maps we’ve previously printed are out-of-date—but the app never will be.

How did the summer season go as far as the app is concerned?
The Downtown Charlevoix application has been very positively reviewed both for its content and also the progressive message it sends our downtown businesses, residents and visitors. We’re a small community with a significant reliance on summer tourism dollars and our residents seem to appreciate that we’re technologically-savvy enough to have our own smartphone application!

Today’s Spotlight features Vance Savage’s iNFEKSHUN music app. You can find the app in the Apple Store as well as the Android Market. This is our first music based application for ShoutEm, and we have a feeling that music will become a bigger market for us in the very near future. While the band iNFEKSHUN

OfferON is the newest member of our Hall of Fame section – an app that wants to connect businesses in Poland with customers. Read their story and interview with Carlos Fernandes, offerOn founder. 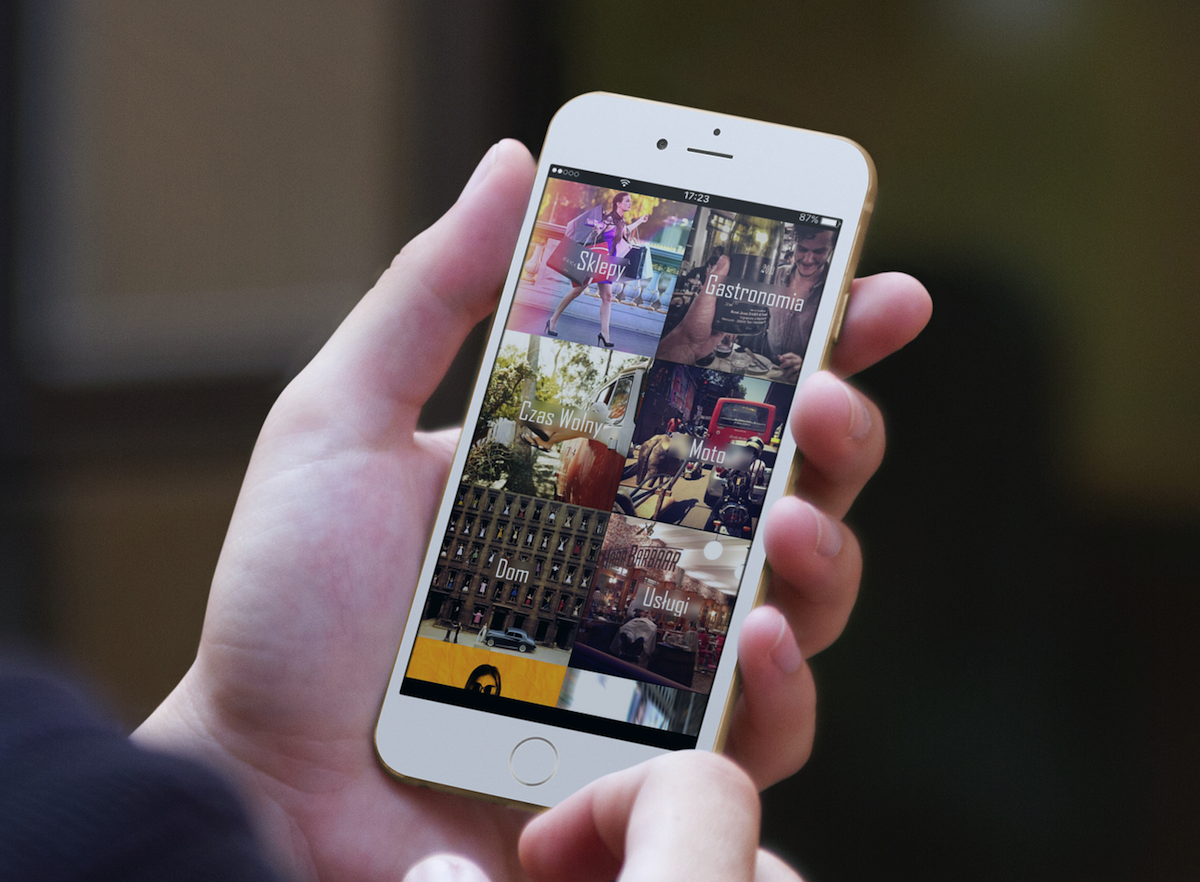