During the last election four years ago, Barack Obama was the clear winner of smart social media strategy, and that approach got him a victory. This time around though the advantage is not that big, and both candidates have done well in terms of embracing social media and the Internet.

But what about mobile? Was a mobile strategy a game-changer for one of the candidate this time?

Let’s take a look at the official apps more closely. 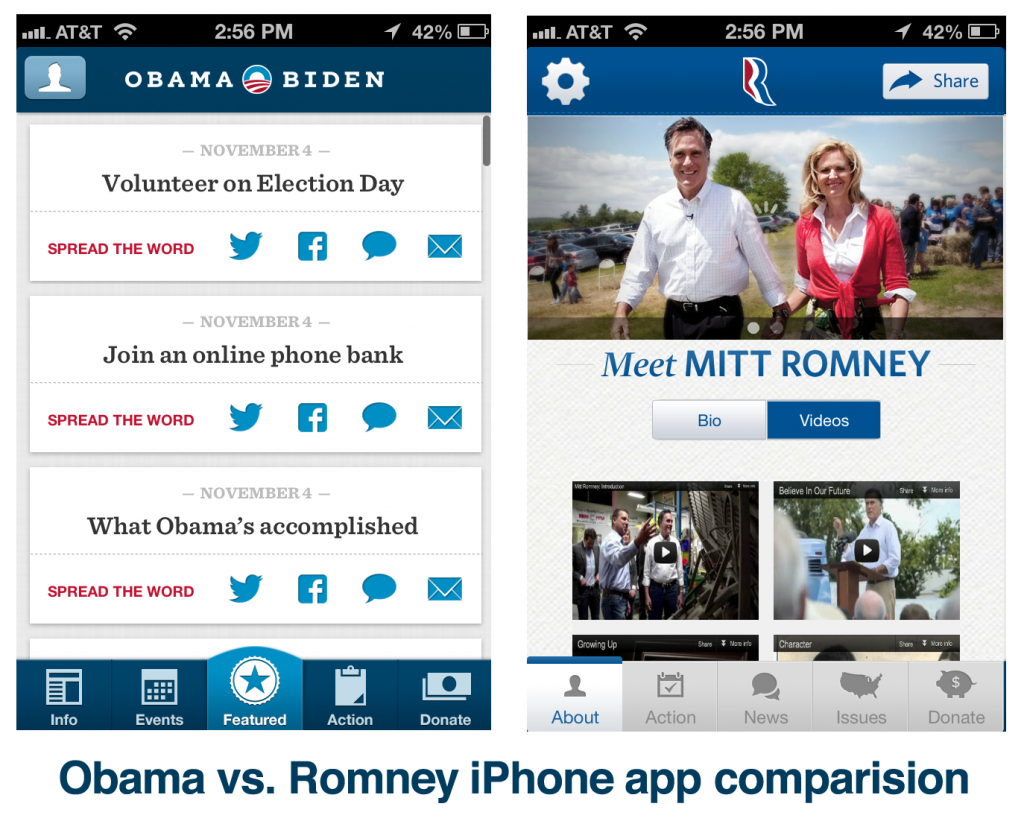 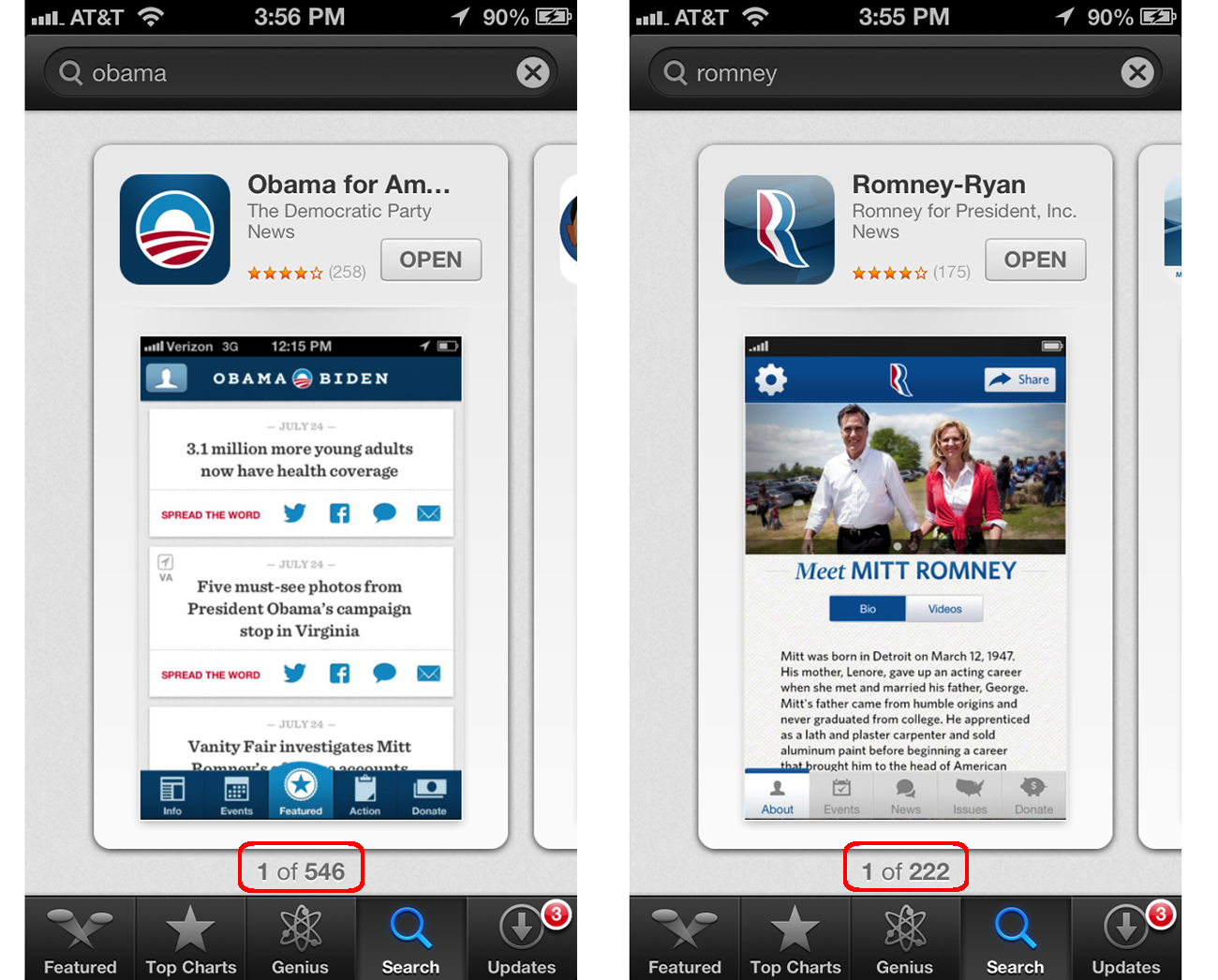 Both candidates tried to realize the power of social media and the opportunities within
mobile apps. Going on the App Store alone, a search for “Romney” gets 222 results and “Obama” gets 546 results.

Obama wins in a landslide. Obama vs. Romney: 1-0

Obama has one official mobile app with 763 reviews ~4.

Romney has three different apps under his iOS developer account:

On first glance, it looks like a more focused strategy around one well-done app might be the smarter approach. But it the hard numbers show that Romney killed it with his three specialized apps strategy

Since we do not know exact number of downloads we can assume that Romney is a winner here.

Both candidates were playing it safe and weren’t too eccentric with design of their apps. Here is our analysis in little bit more detail.

It looks like Obama’s app was written in native ObjectiveC technology while the Romney app is built with some HTML5/JS cross-platform framework. You can see that Obama’s app is much more responsive, faster and sharply designed.

Romney’s app on another hand looks like an embedded mobile web site in the app. Transitions between screens are not as smooth as Obama’s app and scrolling is slow and breaking.

I guess this is the most important part and purpose of both apps. A detailed comparison of donation sites was already done by Tedd Zeigler. If you compare the design of donation module in both apps, you’ll notice that the Romney’s suggested amounts of donation are little bit higher, but that probably is not a big deal. Otherwise, both apps make the process simple.

Obama is the winner on iPhone, that’s for sure. Solid strategy and great execution in his app. Maybe mobile was not the game changer during this election season, but in the future it can become a significant factor. Smartphone penetration is getting close to 50% in US and in four years it might be at the level of 70% or even 80%. That is a huge opportunity for both sides and we hope they have learned a lot from this election.

Our new Twitter Wall module connects you and your users through one of the top social channels. Use our simple setup to bring your Tweets, hashtags or searches into your ShoutEm app. More social engagement means more return for your app or brand, and this new feature makes sure your profile and trends are easy to