Don’t leave your good eating habits while eating out – use helobi app.

What is helobi and what does it mean?

helobi is a mashup of the words healthy, local, and bites. helobi is a loyalty reward network that makes it easier to find local nutritious places and reward users for supporting those local businesses. We believe in working together to help each other succeed, whether it is helping you find local nutritious joints with tasty dishes, helping you stay on track with your wellness goals or highlighting local businesses. Simply put, we want to make healthy eating easier.

When did you come up with the idea to make an app?

We were on a health kick and we had the exercise part down, but when it came to healthy eating, it was difficult finding healthy eateries in our area. We found this was a common problem among friends, family, and other diners we met, so we decided to solve this problem. From this helobi was born.

What planning and preparation did you make before going into the process of creating the app?

We searched for local healthy eateries by a combination of researching online, asking family and friends, and asking other diners we met when visiting some of these restaurants. It was a lot of data collecting, but we were able to enjoy some awesomely nutritious food while we were at it!

What are the main features included in your app?

Location based, loyalty rewards and social network are the main features used in helobi.

How easy was it to make helobi using Shoutem app builder?

For not having a technical background, it was fairly easy. Whenever we reached a roadblock while developing the app, Shoutem support was easily accessible and quick to respond to any inquiries we had.

How was the app received in the community?

helobi has been received very well in our community. In fact, we were approached by our city’s (San Antonio, TX) Mayor’s Fitness Council to work on a city-wide collaboration for their VegOut SA campaign. In the iOS and Google play community, our app has received positive reviews.

Why is the combination of mobile, social and local a win-win combination?

When we decided to build a loyalty network based off of this niche market, we understood that consumers primarily use their smartphones to navigate numerous life events. Because of this finding we understood the correlation of how mobile, social and local are a win-win combination. Consumers rely on recommendations of their peers typically found via social media. Within that recommendation, the search is carried out on a mobile phone and a good experience is then shared on a social media network.

How do you promote your app?

We use social media, community involvement, digital and print media, and word of mouth. We make it a point to visit these businesses and build relationships with the business owners and the diners. This helps us understand what mediums they are responsive to.

Here we are; Shoutem crew is getting really close to launching a Mobile Loyalty feature, and I wanted to tell you more about how we decided to do it and what we see as the biggest opportunities in this space. 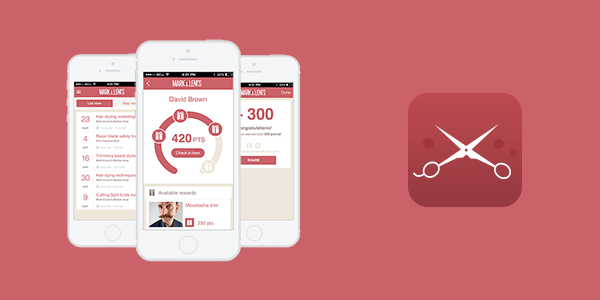