The 5G is here. According to Ericsson, one of the companies working on the new mobile infrastructure, over 1.5 billion users will connect to 5G by 2024. Another GSMA study shows that 5G will account for 20% of the global mobile industry by 2025!

What you need to know about 5G network

5G is the fifth generation wireless cellular network standard and not just modified 4G. Instead, 5G boasts an entirely new network architecture, which has the potential to usher in the Fourth Industrial Revolution and change how network ecosystems function (kinda sci-fi, right?).

Many still believe that 5G will rollout “sometime in the future”, but look at this chart and see current adoption statistics:

Mobile phone applications and IoT growth will expand exponentially, gaining the most from the next-generation network standard.

How powerful? This powerful!

How will the 5G network affect your favorite apps?

Get 4K and 3D almost instantly

5G can transfer files in the blink of an eye. Think about streaming 4K and 360° videos from smartphones without any lag.

Delays have always been concerns for mobile users, especially for users who rely on their devices and network to make critical decisions in real-time. Current 4G networks have an average latency of 50 milliseconds, whereas 5G networks will cut the latency to just one millisecond, leading to less network interference and delays.

Get virtual reality and augmented reality in the palm of your hand. AR mirrors, virtual dressing rooms, and much more will become commonplace. Mobile apps will start to incorporate augmented, virtual, or mixed reality into their products to attract more and more users.

When you watch a movie over 3G or 4G networks and then stream the same on 5G, you’ll find noticeable changes in the user interface. The clarity of user interfaces (UI) will benefit greatly from 5G technology.

Location-based service providers and navigational apps will profit after the complete adoption of 5G cellular networks. Because of greater speed, reduced latency, and improved network communication, location-based service providers can expect additional functionality and visual features. For example, it will be possible to create 3Ds view with popular places and buildings from different countries!

Chatbots and 5G will offer greater opportunity for instant feedback and decision making because of 5G’s speed.

The scheduled roll-out of 5G varies widely from country to country. Even within a country, carriers will have different roll-out schedules. Who has the 5G network already? Based on the information available at the time of publication, you can find roll-out schedules below across several major economies:

United States: Right now, the U.S. ranks 27th globally for mobile download speed, which is actually a step above our previous year’s rankings. The story is much grimmer when you take a look at our upload speeds. Verizon, AT&T, T-Mobile, Sprint, US Cellular, and others have already rolled out 5G; Comcast/Xfinity, Nex-Tech Wireless, and US Mobile plan to roll out this year. For more info about 5G in the US read here.

Vodafone and VOXI additionally offer 5G roaming in parts of Italy, Spain, Germany, and the Republic of Ireland.

Tesco Mobile and Smarty Mobile are expected to offer 5G soon, with other MVNOs to follow. More info here.

Germany: By the end of 2020, the number of 5G sites is expected to reach nearly 1,500. During 2020, Deutsche Telekom said it aims to provide 5G technology in the country’s 16 state capital cities. Read more here.

India: Ravi Shankar Prasad, the union telecom minister, said in September that the government would begin 5G with trials within a year.

China: China Mobile has made 5G available in Beijing, Shanghai, and nearly 50 other cities. Being the world’s largest mobile phone operator with nearly one billion subscribers, there’s no doubt that China Mobile is on track to deliver its 5G network. Find more info here.

5G network is coming and it will change the digital world as we know it.

Think about your apps and your own ideas to implement when this game-changer becomes the new standard.

Want to create an app before 5G? Do it now, HERE! 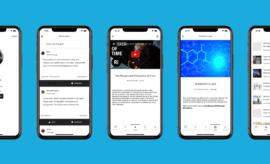