In the dense urban centers of world’s greatest cities mobility is becoming a problem that is difficult to ignore. During peak ‘rush hours’ millions commute to work and back, creating long delays, congestion and environmental problems linked to carbon emissions and exhaust fumes.

The state of city transit apps

The Chinese city Beijing is infamous for its stifling smog, but other densely populated cities like Hong Kong, Los Angeles, and San Francisco, are also suffering from severe environmental issues due to excess traffic.In recent years, apps like Uber, Lyft or BlaBlaCar have taken a step in the right direction in motivating citizens to leave their cars at home, and car-share options like Uber Pool slightly reduce the number of vehicles on the road each day.

However, to make a real change which can dramatically reduce traffic, the local authorities need to make efficient and affordable public transportation options more attractive than services like Uber and Lyft.

A number of forward-thinking local authorities have funded effective apps, like GoLA, that streamline travel on public transport and include social elements and even calculates the carbon footprint of each trip and streamline the whole process.

So what makes an effective city transit app which can motivate change to the benefit of citizens and the environment as a whole?

One of the most attractive aspects of car share apps is just how easy they are to use. Riders can make cashless payments via credit cards, call cars to their exact location via GPS and even monitor  their driver’s progress in real time on a map. If transit apps are to going to really compete with other transport options, they have to be as convenient as them.

Creating an effective city transit app is a daunting task, due to the sheer amount of data and factors which an app needs to include such as cashless payments, real-time updates about stoppages, delays, maintenance, problems on the lines, information about detours and alternative route options to name a few.

Another great example is GoLA – a transportation app built by Xerox which is probably the most complete city transit app built to date. Los Angeles is the second largest metro area in the U.S. and home to nearly 4 million people. The sheer number of transit options and available routes pose a big challenge when it comes to creating an effective transit app.

Xerox focused on building an app that calculates the cost and time of all possible modes of transportations available on a specific route based on real-time data, but also added a range of extra functions to reel in consumers. The app can calculate how many calories are burned on each trip, and connects users to Uber, Lyft, local taxi companies and is open to new integrations.

What’s more, to limit the amount of user interaction needed, GoLA has integrated deep learning technology, which learns from user input over time.

In this way, the app can offer the most efficient route based on previous behavior and real-time data, instead of just suggesting the shortest way. Customers can also save trips they take often, like from home to work, in their “My Rides” area of the app. Xerox has also developed a similar app for the public transport system in Denver.

An added bonus is that this type of custom-tailored, user-centric solution creates a pool of big data; the most traveled hours, most popular routes, most common changes and transfers, and user behavior–which can be used to improve the overall public transport service too.

Effective travel apps need to be designed for the real needs and demands of real users. The London Live Route Planner app, offers a ‘wake me up’ function which sets off an alarm when the bus or train is reaching a sleepy traveler’s final destination.

Lessons could be learned from The Citymapper app, which offers additional features like Smart commute, that updates automatically while on the move, sending users notifications such as when they should leave home to be on time at work, on top of  giving  a clear overview of all the types of transportation in the city.

San Francisco’s MuniMobile, allows users to rate and recommend public transport, based on their experiences. Many transit apps, GoLA included, are open to integrations, and are increasingly viewing transport share startups as partners rather than competitors.

A truly effective transit app should offer users the route that fits their needs, and can get them to their destination in the quickest, most painless manner. A successful city transit app isn’t just the app that tells you how to get from point A to point B, but the one that tells you where the nearest bicycle share stand is, connects you to your friends who are taking the same transport, and tells you how many calories you’ve burned on your journey.

The newest generation of transit apps needs to be developed for the real travelers who will use it in their day to day lives, otherwise they are more likely to choose more convenient, but less environmentally friendly options.

Different people have different lifestyles and prefer different modes of transportation. It’s up to city authorities and transit app developers to recognize that and provide the best experience possible.

“Statistics are like bikinis. What they reveal is suggestive, but what they conceal is vital.”, once said Aaron Levenstein. We are proud to introduce a powerful improvement on Shoutem app builder platform: Enriched App Statistics.

Since our inception, ShoutEm been helping customers deliver high quality apps through the traditional channels, including iTunes and Google play. We’re pleased to announce the release of our versatile and full-featured HTML5 App version. This new experience brings your app to an expanded range of devices, including Blackberry and other WebKit-based browsing capable smart-phones. No stores

Last week at WWDC Apple announced, among other things, one new feature that might be a huge benefit for SMB and local apps. Quick Access to apps based on location will suggest apps to iPhone users based on their location. Below is an example of AppleStore and Starbucks apps that are appearing on the lock 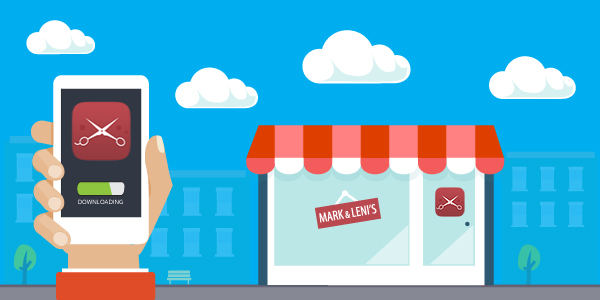